Why I Chose Math

At Alpha Math Learning, Licensed Educator Mr. Patel gives precise instruction to the students so they understand the outcomes of the problems provided. He has students demonstrate what have been taught as we go through each problem and concept respectively. He lets the students solve individual problems independently offering guidance as needed. Thus he gets to unlock the potential in each student in order so they can learn the study material effectively. 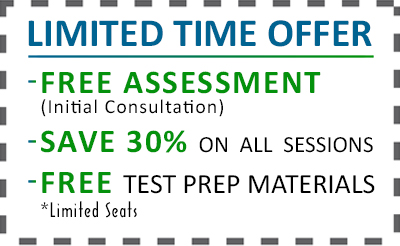 Mr. Patel is passionate about sharing his background as a leading classroom math teacher, trainer, mentor for over ten years. He has been teaching since February 2009 at all the school levels to college level Math involving Algebra, Geometry, Trigonometry, Pre-Calculus, Calculus and Standardize Math Test programs such as ACT/SAT/PSAT-Math, AP Calculus etc; at two learning centers (and later as an Independent Educator) in Chicago suburbs to a very diverse group of students.

Mr. Patel has graduated in the fields of Mechanical Engineering and Mathematics successfully and he is State Licensed Educator.

With his proven techniques, successful results have been produced in standardized tests and other Math subject areas. Please check out the reviews in your desired subject area(s).

Subscribe to this RSS feed
“Mr. Patel was a student in Abstract Algebra course for Secondary Education majors and for regular Math majors. I got to know Urmil through his written work, his participation in class discussion and frequent discussion during office hours. Course topics were from areas of Modern Algebra bearing on topics of Secondary Math, but from a more advanced viewpoint. The students worked hard on problems involving a wide range of ideas. I frequently returned homework problems for additional work. Mr. Patel took an active part in the class and was one of six students to successfully complete all fifty problems. I believe he has talent and dedication meriting scholarship support and I recommend him for a Scholarship Association Award.” Mr. John Wood Professor of Mathematics University of Illinois (Chicago)
“Mr. Patel, one if the amazing teachers I had for Geometry and now for Adv. Trigonometry/Pre Calculus is very influential. And also, I wanted to thank you for partaking and helping me in my High School success because I got accepted to both Northwestern and Harvard University Summer Scholar Program.” -Arsalan K. Subject(s): Geometry, Advanced Trigonometry/Pre Calculus School: Conant High School, Hoffman Estates, IL
“I recommend Mr. Patel not only as a tutor but a mentor; he really made High School easier for me especially since it was my freshmen year and starting in a big school. I have come a long from my first session with him; each session may not be the same but after each session I truly feel like I learned something. Overall, Mr. Patel is a phenomenal teacher, tutor and mentor I’d recommend him to anyone because he wants you to succeed and will go a great distance if you are willing to let him. He also inspired me to intern for my Algebra-II teacher Junior Year, because I was so well established in the area I was confident I could teach it.” – Mr. Shakil A.(Father of Hamza) Subject(s): Geometry, Algebra-II, Adv. Trigonometry/Pre Calculus School: Palatine High School, Palatine, IL

FIND US ON SOCIAL MEDIA

Alpha Math Learning is a proud member of the

All other Trade Names/Trade Marks used on this wesite are owned by their respective owners and are not affiliated with Alpha Math Learning (AML) and are used for quick links, references only. Moreover, use of them does Not imply any affiliation with or endorsement by them.